The body also has two triangular adrenal (pronounced: uh-DREE-nul) glands, one on top of each kidney. 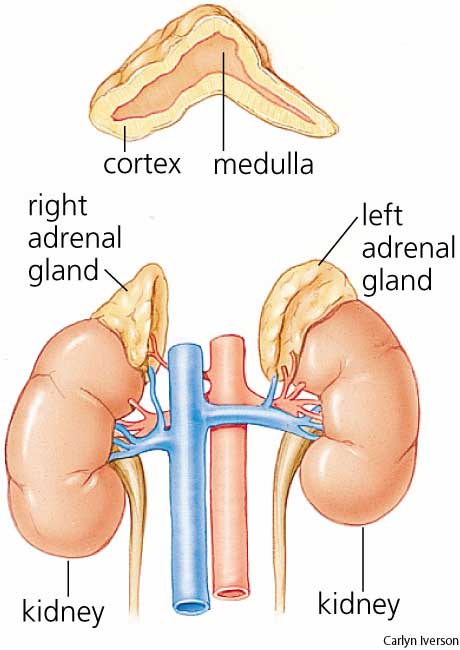 The adrenal glands have two parts, each of which produces a set of hormones and has a different function:
1.The outer part, the adrenal cortex, produces hormones called corticosteroids (pronounced: kor-tih-ko-STER-oydz) that influence or regulate salt and water balance in the body, the body’s response to stress, metabolism, the immune system, and sexual development and function.